For over 80 years Warner Bros. has been providing the world with quality entertainment.  They have done so many projects you fail to realize how much influence Warner Bros. has had on the entertainment industry.  They’ve made everything from Gone With the Wind to Harry Potter and a lot in between (I am Legend, Sesame Street, Million Dollar Baby, Happy Feet, ER, The Color Purple, The Matrix, Entourage, the Departed, Friends, the Dark Knight <–Just to name a few!).

On the “VIP Studio Tour” we got a two and a half hour tour of the Warner Bros lot.  The 110 acre facility houses 29 sound stages and a backlot that has been transformed to take audiences around world.

Friends is easily one of Warner Bros most popular productions and they saved the “Central Perk” set after the series ended. 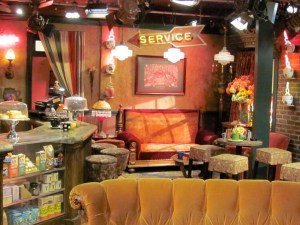 With the anticipation building for the grand opening of Universal’s new theme park, Harry Potter is definitely one of the more profitable WB attractions.  Warner Bros has an entire museum floor dedicated to wizarding world with props and costumes from the movie.  It’s hard for any Harry Potter fan not to get excited about trying on the actual, talking Sorting Hat from the movie.  (Unfortunately, I was sorted into Hufflepuff…but I won’t hold it against them!) 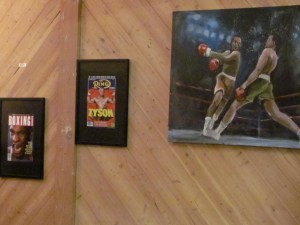 (Artwork from Mike Tyson’s house in The Hangover)