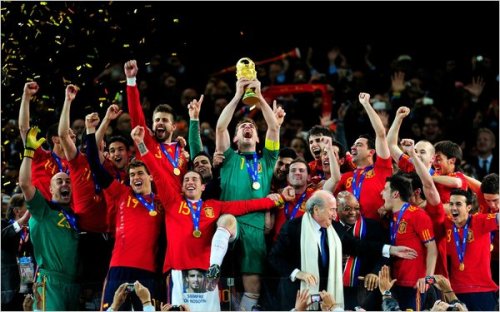 Now that the World Cup is over and Spain has been crowned the victor it’s time for the rest of the world to join America back in its regular scheduled routines.  Watching the games and seeing ESPN broadcast all of the stadiums and the country of South Africa made me envious of the people who got to take part in the worlds most watched sporting event.  While it was only my home for a month I feel like I truly left a piece of me behind there and I will always be connected with the people of the Republic of South Africa.  Any time you leave the country you tend to notice the subtle differences between home and abroad.  Here are a few from Cape Town:

While there are obviously differences between the two countries it is
ultimately the similarities and relationships that make South Africa a special
place.  I thoroughly enjoyed staying up late into the night talking
SEC football with a Canadian tourist at a hostel and realizing that
McDonald’s will deliver McFlurrys to your hotel room.  Moments like
these remind you that in the end people really aren’t that different
even if they are separated by the Atlantic Ocean.