“It closes the schools.

A simple ball fuels the passion and pride of nations.

It gives people everywhere something to hope for.

It gives countries respect where respect is in short supply and achieves more than the politicians ever could.

Once every four years, a ball does the impossible and if history means anything, the world as we know it is about to change.

One games changes everything.”

South Africa is a truly amazing country.  Hopefully I’ll get the opportunity to go back there one day but until then I settle for watching as many World Cup games as possible!  Bafana Bafana (“the Boys, the Boys”), the South African national team, is kicking off the competition right now and I hope the boys do well in the first match against Mexico.

I’m also looking forward to the match tomorrow between the USA and England.  The American team might actually surprise people this year and not completely blow it!

While I was in South Africa everyone’s attention was justifiably focused on the World Cup and so I watched a lot of bad soccer commercials but the two videos on this blog are probably my favorite. 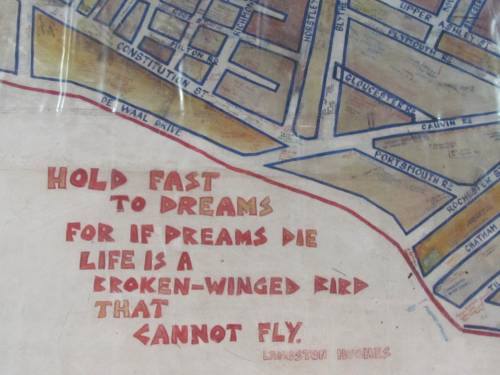 Nelson Mandela’s story is a powerful one.  He brought a racially charged country back together in times of great hardships and became the first black president of South Africa.  He was imprisoned for 27 years for his part in the civil rights movement here and he spent most of his time on Robben Island.  I got a chance to tour the political prison with some extremely amazing people.  We went with Ed Larson (a Pulizter Prize winning historian), the granddaughter of Albert Luthuli (1st black African Nobel Peace Prize winner and former president of the African National Congress) and Ahmed Kathrada (Mandela’s former cellmate and activist).  It was a very powerful experience hearing from someone who spent a large portion of his life in prison simply because he wanted the same rights and freedoms alloted to the white population.  My time on Robben Island made me really reflect on what was important in my life. What I would be willing to lay my life down for?  What cause do I care about enough to spend 3 decades in prison for?

After the tour of the island I went to the District Six and Slave Lodge Museums.  The District Six Museum honors the forcible removal of thousands of black  residents of a vibrant Cape Town neighborhood.  The non-whites were kicked out of the region and all of the buildings were demolished.  The Slave Lodge Museum (aka South African Cultural History Museum)  was built to house slaves by the Dutch East India Company in 1679.  9,000 slaves, convicts and mentally ill persons were housed here for over a century and the building now serves as a museum to tell their stories.

For Use By White Persons

I’ve Been to the Mountain Top 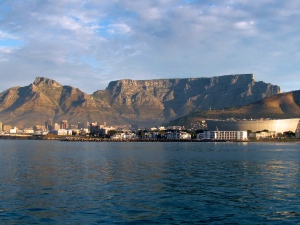 “It is not the mountain we conquer, but ourselves.” – Sir Edmund Hillary

Last week for a lecture on “The Power of WOW” our entire group did a sunrise hike of Table Mountain.  It’s a flat topped mountain that overlooks the city of Cape Town and serves as the cities most notable landmark.  Table Mountain sits about 1,o00 meters (3,500 ft.)  above sea level and the early morning hike was definitely a challenge.  It is possibly one of the hardest things I’ve done in a long time.  Before the trek I was imagining a Stone Mountain like journey up the mountain but the steep, windy hills definitely were nothing like the small, Georgia mountain.

(Warning: Some items on the list are a joke! If you take life too seriously please stop reading now, because I don’t!)

Today is the big day! At 12:30 this afternoon I’ll be on a plane headed half way across the world!  It’s 3:30am and I can’t force my self to sleep so why not watch the official anthem for the 2010 World Cup?!

Be sure to stay check back on this [NEW] blog for all of my updates from Africa!